In 1996 Mike Calder and I went to a reading by William Gibson at the Traverse Theatre in Edinburgh. We stayed after the show and chatted with friends in the bar. I took a picture of Gibson as he talked to fans. It's not a great picture but it was the start of an ongoing project to capture informal images of science fiction and fantasy writers.

The collected images from the last ten years were assembled over the summer of 2007 and a portfolio of prints was created. It was on display at Transreal Fiction, Mike's bookshop during the Edinburgh Festival Fringe 2007.

This gallery comprises solvent transfer monoprints from that exhibition. Each picture is produced in mirror image on a laser printer then transfered by hand-printing onto smooth hot-pressed watercolour paper. Only one print is possible from each laser output. 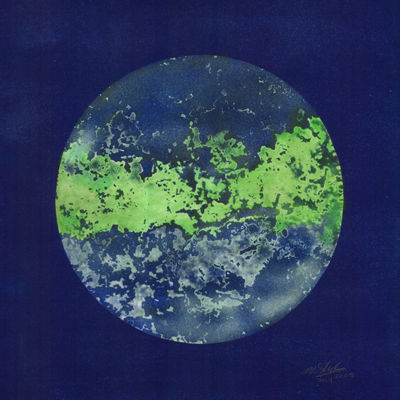